Most individuals who call our office recognize they can recover damages when they have been injured through the negligence of others. The wrongful conduct could be any number of things: drunk driving, running a stop sign, speeding, crashing a plane, marketing a defective product, creating a dangerous work environment. They understand the defendant will typically deny he was negligent. They are not surprised when the defendant next argues that even if he was negligent, the plaintiff’s problems don’t really exist, or were caused by something else, or were all pre-existing anyway. They understand that the defendant will finally argue that even if he was negligent, and even if he did cause the plaintiff’s injuries, the resulting damages are nowhere as significant as plaintiff claims. Clients expect that if they ultimately prevail over all these defenses, they have won the war. Unfortunately, this is not necessarily the case.

Over the last decade, insurers and government agencies have become much more assertive in claiming priority repayment (“subrogation”) rights from individuals who have received insurance or government benefits and subsequently recover damages in a personal injury or wrongful death lawsuit. This is a marked change from the traditional common law. Historically courts put the interests of the injured person ahead of the interests of insurance companies and government programs under what is called the “made whole” doctrine. Under the “made whole” doctrine, an injured person is entitled to be fully compensated for his loss before the health insurance company that paid plaintiff’s medical bills is entitled to be repaid those expenses out of the proceeds of a lawsuit. For example, if a jury awarded a plaintiff $50,000 for medical expenses, $50,000 in lost wages and $50,000 for impairment, pain and loss of function, but the defendant only had $100,000 in insurance and no other assets, the plaintiff would receive the entire available $100,000 under the principle that insurance is first supposed to protect the insured. 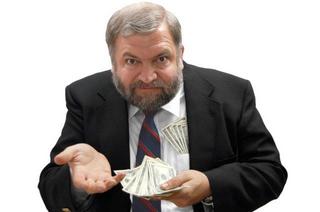 Times have changed. Many health insurance policies and government programs have invested a great deal of effort over the past decade into re-writing policies and regulations in an attempt to abolish the “made whole” doctrine and limit other legal and equitable doctrines that place the interests of the injured person first. In general, they want to be paid first out of the funds you recover in your lawsuit, and they do not want to share any of the costs and attorney fees you incurred in producing that recovery. This has now become a very complicated area of the law. The rules that apply to one government program (Medicare) may not apply to other government programs (Medicaid, Veterans’ Benefits, Workers Compensation, etc.). The interpretation and enforcement of contractual terms in insurance policies is also subject to a set of specialized statutes, regulations and case authorities. Sometimes finding an attorney with expertise in these types of specialized “subrogation” issues is as important as finding an attorney who can handle the traditional part of your claim. Now obtaining adequate compensation in a personal injury or wrongful death lawsuit often requires fighting a “two front war.”

The attorneys at the Alaska Personal Injury Law Group have extensive experience in insurance matters including these types of subrogation issues. We have adopted novel responses to insurer and government subrogation priority claims. One approach relies on the unusual rule in Alaska that the prevailing party is entitled to reasonable partial attorney fees. We have told insurers that if they will not compromise the amount and priority of their subrogated interest, we will join them in the litigation as an additional defendant and make them hire an attorney and share the risk of an adverse fee award. Since insurance companies just want to sit back, share none of the risks and costs of the litigation, and have you send them a check at the end of the case, this puts them outside their comfort zone and creates a potent negotiating weapon. Winning the “second front” requires this type of strategic thinking from the outset of case.